Welcome to the second edition of the bUGLE which is produced by the United Grand Lodge of England and is sent to the Provincial Grand Master, for him to distribute to the members in West Lancashire, also it will be published monthly on our group websites.

I’m often asked what it’s like to be a Freemason and I hope this video will go some way to answering that question and provide insight into who we are, what we do, our history and our relevance in today’s society.”

Hurricane Dorian, hit the Bahamas and caused extensive destruction and devastation. The official death toll stands at 30, but the country’s government is warning that the final total will be ‘staggering’, with reports of 100s, possibly 1,000s of people, still missing.

As many as 13,000 houses have been severely damaged or destroyed, leaving many people without shelter – around 17,000 children and their families now require urgent humanitarian assistance.

The United Grand Lodge of England has been in contact with the District Grand Lodge of Bahamas and Turks, which has experienced ‘extensive devastation as a result of this hurricane.’

The District reports harrowing stories of brethren and their families having to abandon their homes and run or swim to safety… many have suffered damage to their property with some experiencing complete loss.

The Masonic Charitable Foundation is in direct contact with UNICEF and has already committed £20,000 towards the overall relief effort. This donation will provide humanitarian aid to affected children and families, with a special focus on water, sanitation and hygiene.

In addition, Freemasons in the District, with support from the Grand Lodge of Florida, are coordinating a local relief effort to supply water, food and other resources to the affected areas.

Donate now – to support the District’s efforts, the MCF has established the ‘Hurricane Dorian Appeal’ Relief Chest to facilitate further donations from the Craft.

You can support the District by making an online donation to the appeal at: www.mcf.org.uk/emergency 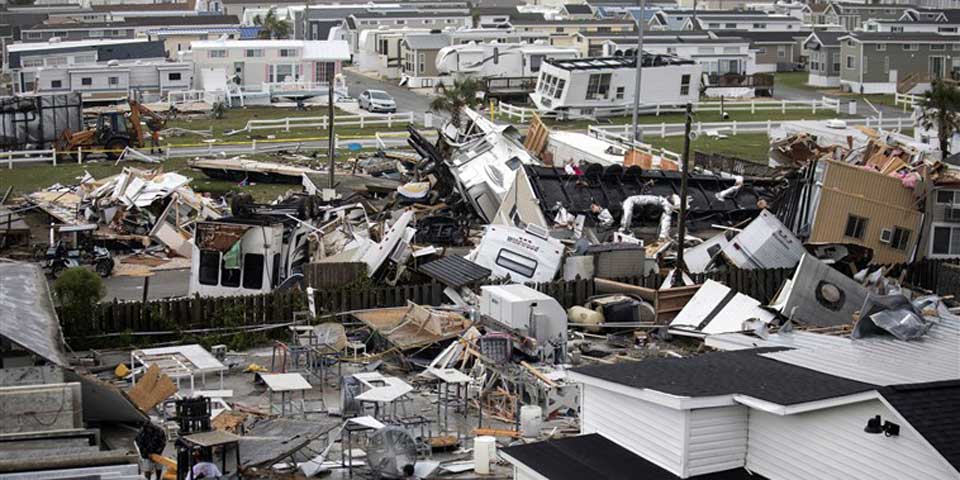 Some of the devastation following the hurricane.